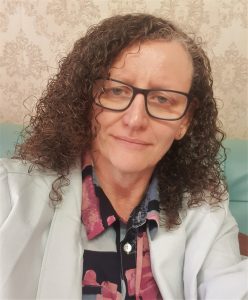 Cheree began her career working as a police psychologist debriefing police officers after they experienced traumatic incidents (such as child deaths, shootings and fatalities). She has had over 30 years’ experience working as a Clinical Psychologist and has worked in NSW Health, in a variety of settings within various hospitals (including St Joseph’s Hospital, Westmead Hospital, Liverpool Hospital - Traumatic Brain Injury Unit and Nepean Hospital). She has also worked in various Mental Health Community Teams and has had extensive experience working in Older Person’s Mental Health and with people who have had an acquired Traumatic Brain Injury. She has been in private practise since January 2017.

Cheree sees people with a broad range of difficulties including depression, anxiety, grief, loss, traumatic brain injury, mental health in the older person, interpersonal problems, anger management, stress and trauma, as well as general life and adjustment problems in both adults and adolescents.